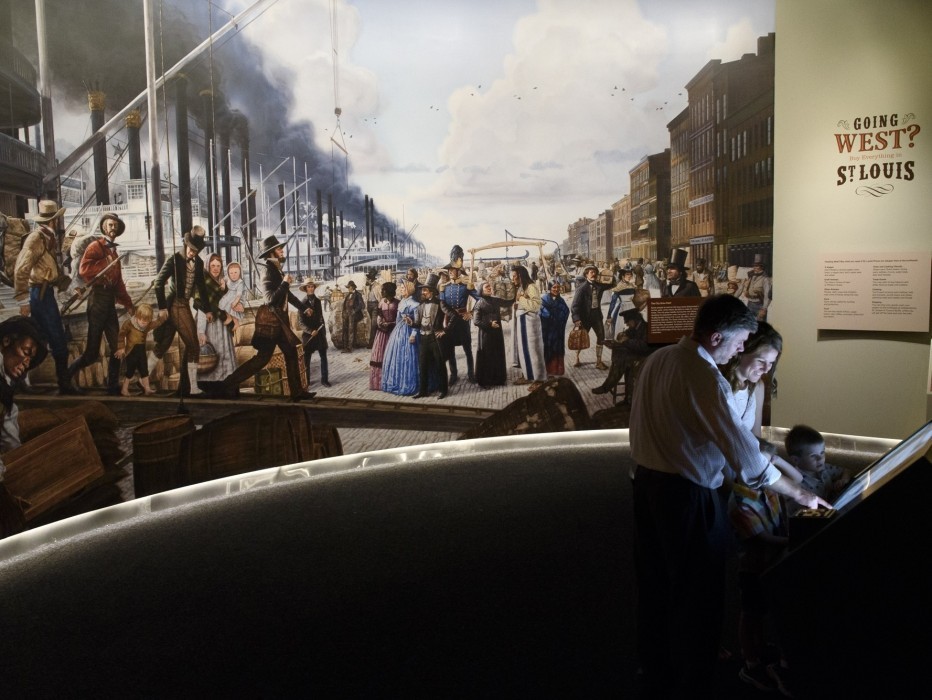 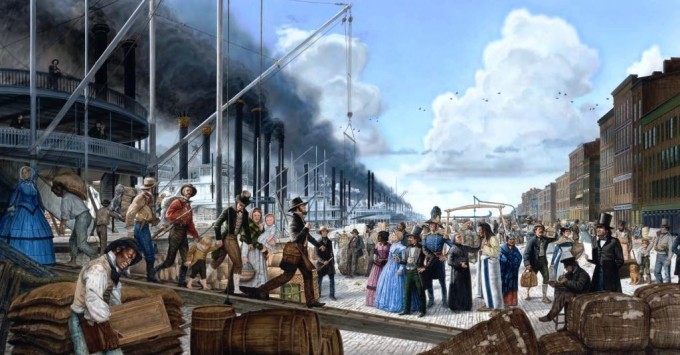 Who Came to the Levee?

A booming center of manufacturing and trade, St. Louis was a multicultural community from the start. Many decided to settle in St. Louis because people of like backgrounds, cultures and ethnicities already lived in the community. The large number of Roman Catholics, beginning with the French, attracted Catholic Irish, German and later Italian immigrants. The publication of newspapers written in the language of the immigrants allowed news and community information to spread widely.

Some people arrived on the busy levee determined to push further west, while others decided to make St. Louis their home. The city grew rapidly during the mid-1800s, at least doubling its population every ten years. In 1840 there were 16,469 people living in St. Louis. By 1860, the population jumped to 160,773. For those moving on, the city offered everything they needed. For those who decided to stay, opportunities abounded. Employers enforced a 10 hour work day, which attracted laborers, while those with money could take advantage of the city’s prime location to start a business.