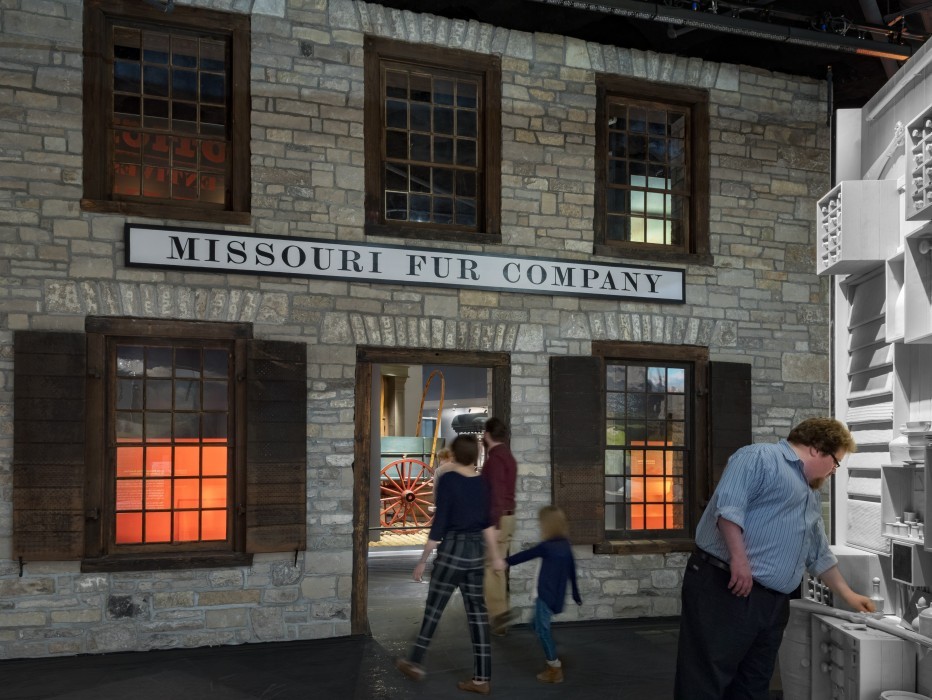 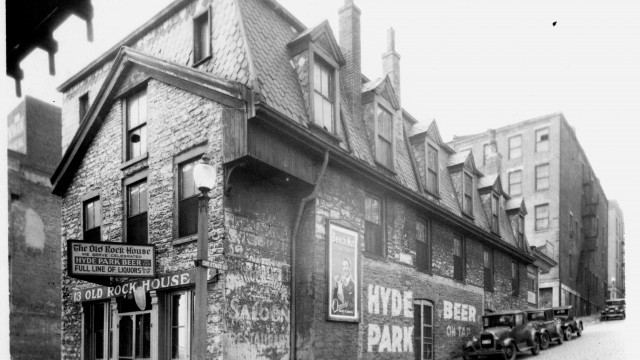 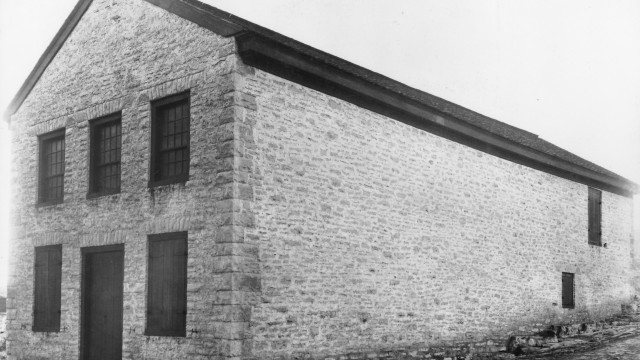 This reconstructed building façade is composed of elements from the original Old Rock House. The building stood for 141 years on the St. Louis Riverfront, at the corner of Wharf (now Leonor K. Sullivan) and Chestnut Streets. Constructed by fur trader Manuel Lisa in 1818, the Old Rock House was the oldest standing building in St. Louis when Jefferson National Expansion Memorial was established in 1935.

After its use as a fur trade warehouse, the building was purchased by James Clemens, Jr. in 1828. It was used as a sail loft until 1865, manufacturing canvas tops for covered wagons and tents used by overlanders. The building housed many businesses after 1865, mostly taverns and bars.

In the 1930s the Rock House served as a nightclub featuring African-American performers. The regular vocalist was Ann Richardson, who billed herself as “Rock House Annie,” and drew crowds of suburbanites who came to hear black music played by black musicians.

After the demolition of 37 blocks of the St. Louis riverfront between 1939 and 1942, the Old Rock House was restored to its 1818 appearance by the National Park Service.  Demonstrations and tours were given in the building. During the development of the Gateway Arch project in the 1950s, the construction of a railroad tunnel forced the dismantling of the building, parts of which were kept in storage until this museum opened.