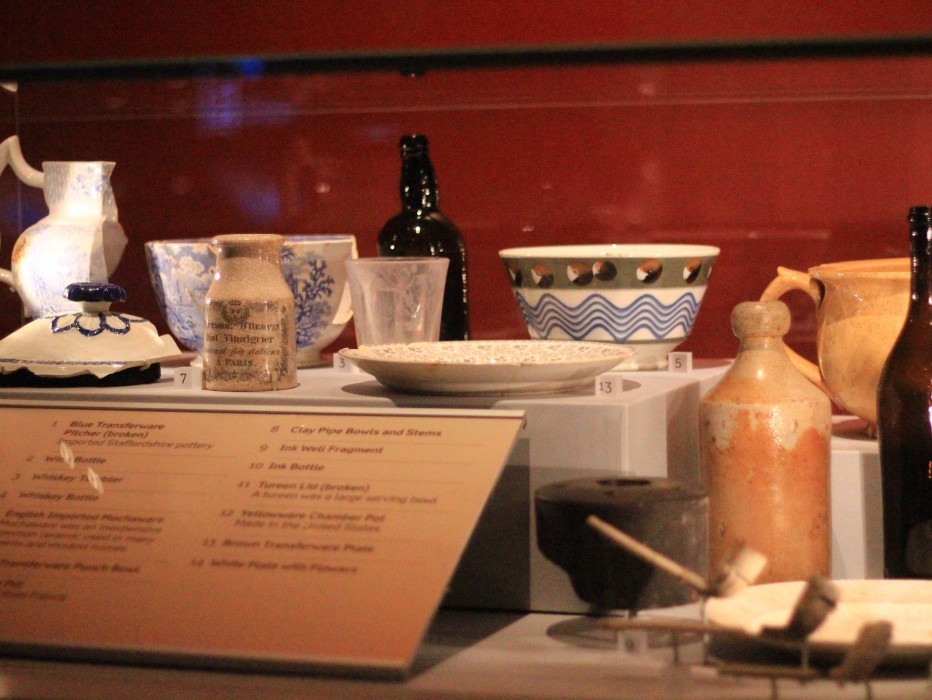 During excavations on the Arch grounds in 2015, a buried cistern was discovered full of artifacts related to a hotel called the Jefferson House, which stood prior to the Great Fire of 1849. The objects were like a time capsule that provided information on hotel living in St. Louis during the westward migration period.

Many people who passed through St. Louis on their way west stayed in hotels or taverns for one or more nights. Their meals were served on imported English transferware plates, their food was seasoned with imported French mustard, and they drank wine or whiskey made in the Midwest. They could write letters to loved ones using inkwells like the one you see here. Indoor plumbing was very rare, so chamberpots were commonly found under beds, while pitchers and basins provided places for people to wash and shave. 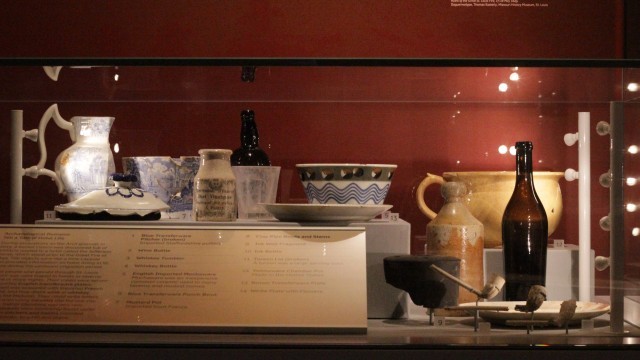 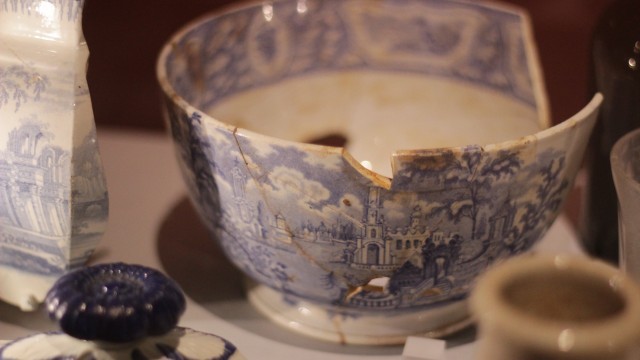 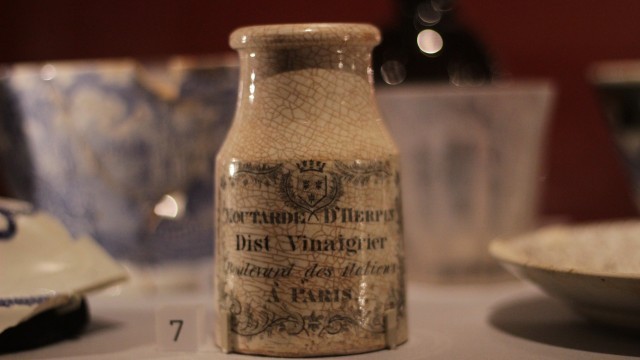 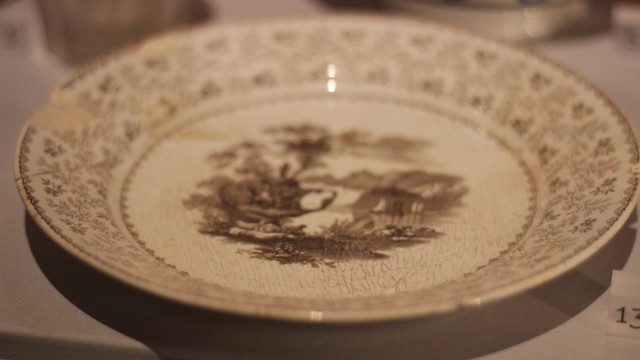 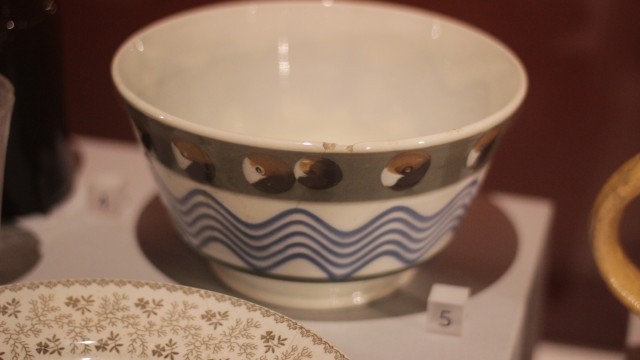