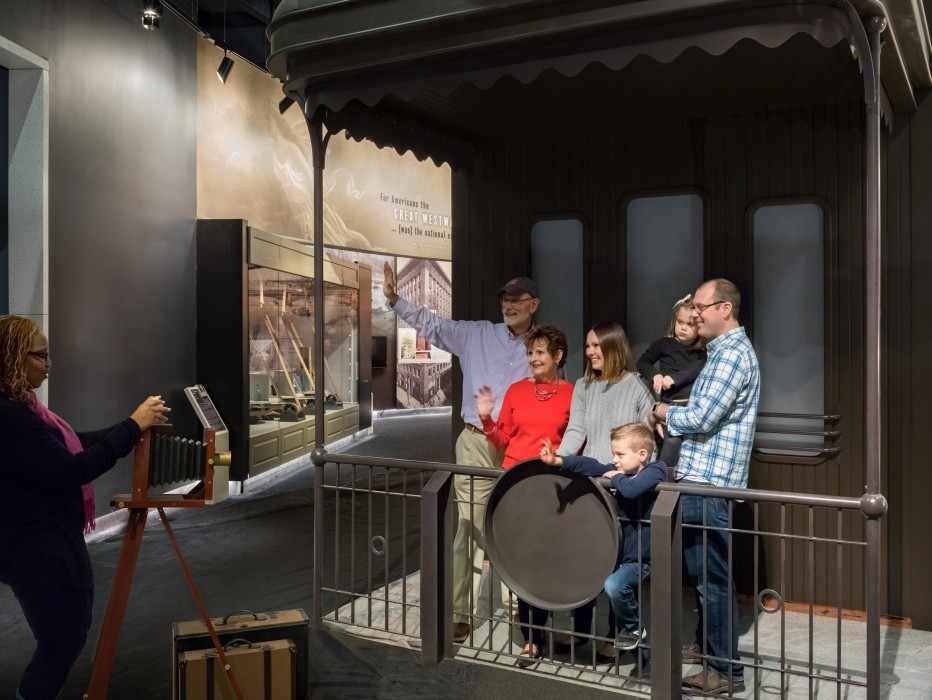 The construction of the first transcontinental railroad began during the war, running west from Chicago to Omaha—not through St. Louis. As trains became the prime movers of people and freight, fewer boats came to the levee. Completing the Eads Bridge across the Mississippi River became an urgent priority, but even with the bridge, St. Louis’ role in America’s westward expansion was diminished.

Railroads Shifted the Heart of the City

“But the change of changes was on the ‘levee.’ . . . Half a dozen sound-asleep steamboats where I used to see a solid mile of wide-awake ones!” –Mark Twain,

Life on the Mississippi, 1883 River traffic peaked in the 1860s and 1870s as a new form of transportation rose to compete with steamboats—the railroads. Tracks were laid through the city directly to the train terminals. By 1894 St. Louis completed Union Station, the largest terminal in the United States. Many businesses that once catered to the river trade relocated to the Union Station neighborhood. Trains carried passengers and goods directly to the booming business district west of the river. The city’s focus shifted from riverfront to railroad yards. The age of steamboats was coming to an end.

The Riverfront Fell into Decay

By the 1930s most warehouses near the river, once so crucial to the city’s commerce, were second-rate storage sites. Most retail businesses relocated to other neighborhoods, and less than 175 people still resided on the riverfront, in old tenement buildings. The riverfront—once the pride of St. Louis—became one of the most neglected sections of the city.