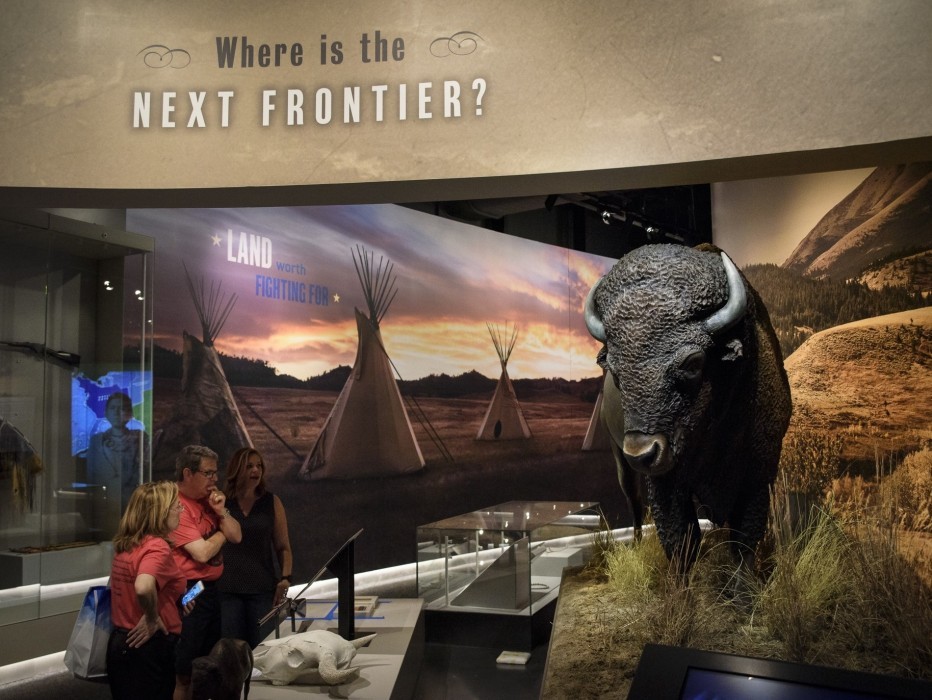 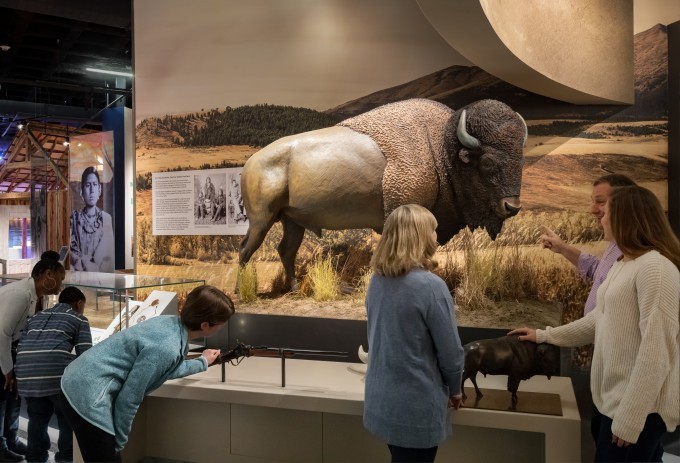 How Different Cultures Used the Buffalo in the 1800s

As great changes came to the West, circumstances led to the near-extinction of the buffalo. High-powered rifles were efficient tools to kill large numbers of animals from a distance. Mass markets arose for various parts of the buffalo, and railroads enabled transportation of these raw materials to markets in the east. Professional hide hunters were very successful, driving the buffalo to the point of extinction by the early 1880s. Due to the efforts of a handful of concerned individuals, small numbers of buffalo were preserved in Yellowstone National Park, the genesis of the resurgence of the species in later years.

How each part was used by different cultures…

Skulls and bones: Ground into fertilizer

Fur: Carriage robes (worn over the lap on winter carriage drives) and coats

Meat: For railroad crews and restaurants

Horns: Cups, cut in half and fashioned into spoons 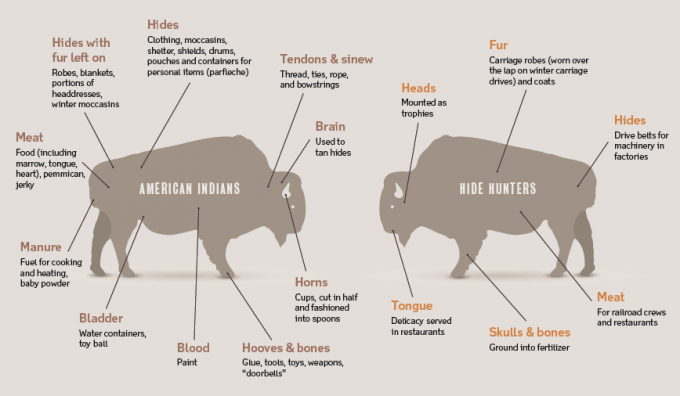