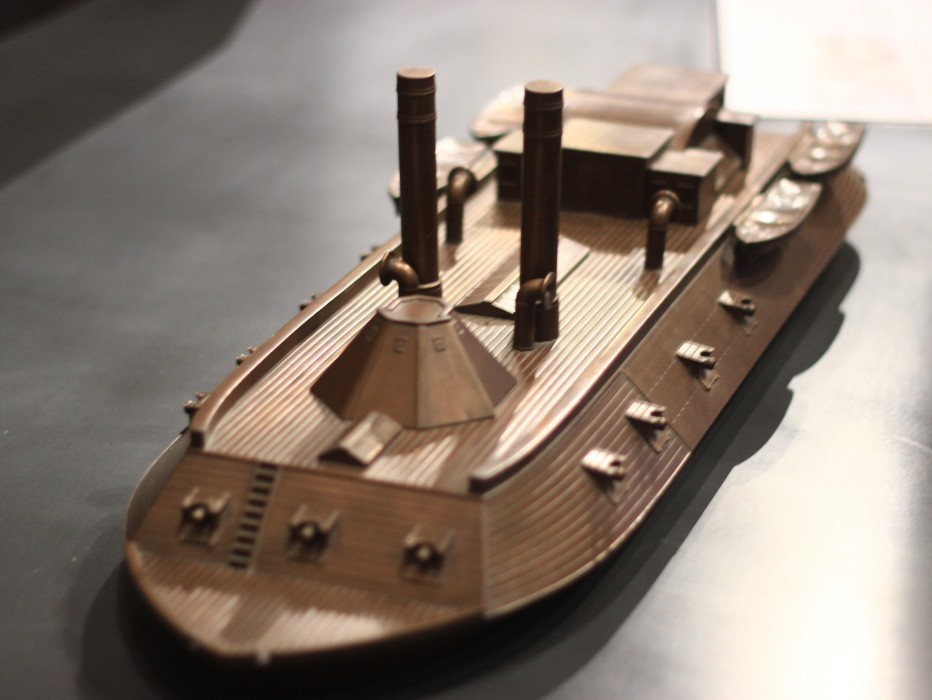 An Ironclad Fleet of Gunboats

When the Civil War began, local businessman James B. Eads was eager to do his part for the Union. He pushed for the construction of shallow-draft gunboats capable of carrying large cannon, with bows and sides protected by iron plates. He was awarded a contract to build seven such boats in August 1861. Designed by Samuel Pook, the Eads gunboats formed a unique fleet suited to the inland waterways. Eads’ ironclads went into action at Fort Henry, Tennessee in February 1862, a month before John Ericsson’s more famous Monitor fought the C.S.S. Virginia (Merrimac) at Hampton Roads, Virginia.

Four of the Eads ironclads were built south of St. Louis, at the Carondelet shipyards – the St. Louis, Louisville, Pittsburg and Carondelet. Three others were constructed in Mound City, Illinois – the Cairo, Cincinnati and Mound City. Each boat had a rectangular casement with sloped armored sides, carrying 13 large guns. The flat-bottomed vessels were 175 feet long, 51.5 feet wide and drew only 6 feet of water. Each boat was capable of traveling at eight knots per hour.