Eads had a Vision for a Bridge of Steel

James Eads had never built a bridge before. A self-taught engineer, Eads made his fortune salvaging wrecked steamboats on the Mississippi and Missouri Rivers. To bridge the river at St. Louis he wanted steel: stronger than iron, first mass-produced by Bessemer in 1854, and never before used in bridge construction

Most bridges at the time were truss or suspension bridges, but Eads wanted to pair the new steel material with an ancient form — the Roman arch.

Three tall arches could let tall riverboats glide underneath.  Eads had to fight Andrew Carnegie for the high-quality Bessemer and Siemens-Martin steel he needed; Carnegie did not believe this use of the material would be safe.

In 1872, once the bridge’s stone piers sat firmly in bedrock and the towers were complete, work began on the steel superstructure. Eads’ radical design used nearly 2,400 tons of steel and over 3,100 tons of wrought iron.

Like the Gateway Arch Today, Eads Bridge Once Symbolized the City

The Eads Bridge, completed in St. Louis in 1874, was the world’s first steel arch bridge. It was also the world’s first important steel structure of any type, leading to a revolution in the construction of bridges and buildings.

Eads succeeded in spanning the wide Mississippi at a point where few believed it was possible. Even before its completion, the Eads Bridge became a symbol of St. Louis.

Proud Citizens Showed It Off

Businesses quickly added the bridge to their letterheads. Nearly all published views of the city prominently featured the engineering triumph. St. Louisans, stung by the loss of commerce to other cities, saw it as a way to restore some of the city’s lost prominence.

Ninety years later, the technological advancements of the Gateway Arch also inspired St. Louisans. The steel arches of the Eads Bridge and the graceful Gateway Arch stand as symbols of an innovative and forward-thinking city. 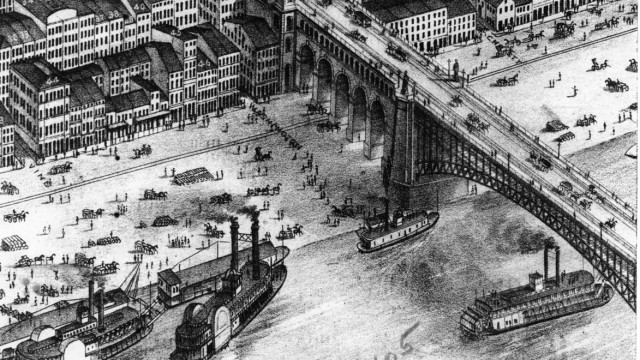 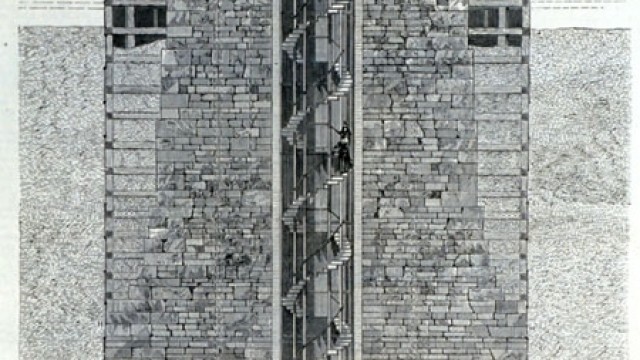