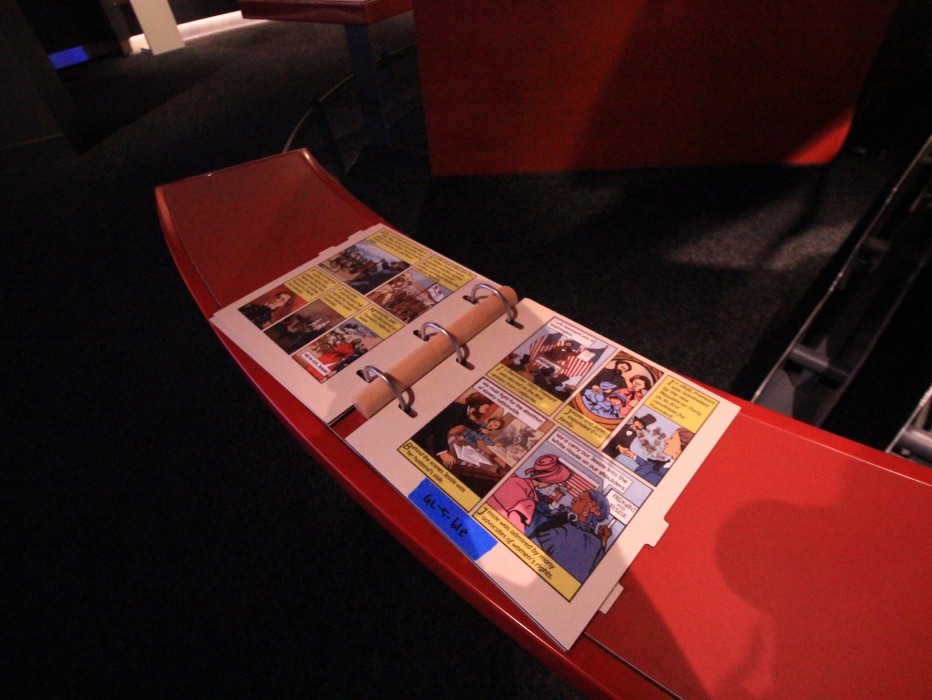 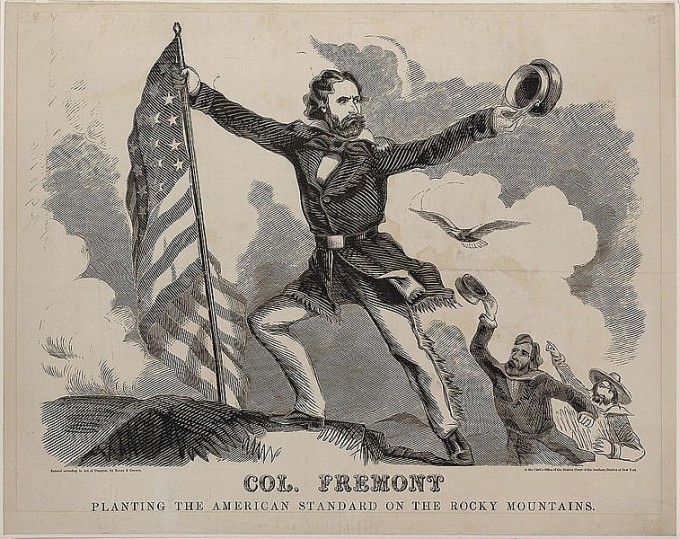 Jessie Benton Frémont was the daughter of powerful Missouri Senator Thomas Hart Benton, raised in St. Louis and Washington, D.C. Her husband John C.  Frémont became a hero known as the “Pathfinder to the West,” but he found it difficult to write about his expeditions. Jessie, intensely interested in his adventures, became his writer. Jessie made notes as her husband described his experiences in the West. Adding human-interest touches to his reports, she ghostwrote Frémont’s best-selling books.  Americans loved the stories, which echoed the popular concept of Manifest Destiny. They provided a glimpse of the West to many easterners who supported expansion, and inspired others to pull up stakes and make new lives in the West.

“A few miles brought us into the midst of the buffalo swarming in immense numbers over the plains, where they had left scarcely a blade of grass standing…  In the sight of such a mass of life, the traveler feels a strange emotion of grandeur…

“It was the early part of the day when the herds are feeding, and everywhere they were in motion. Here and there a huge old bull was rolling in the grass and clouds of dust rose in the air from various parts of the bands, each the scene of some obstinate fight.”

Narrative of the Exploring Expedition to the Rocky Mountains in the Year 1842, ghostwritten by Jessie Benton Frémont.

Previous Feature:
Conflict on the Trail Next Feature:
The Stagecoach