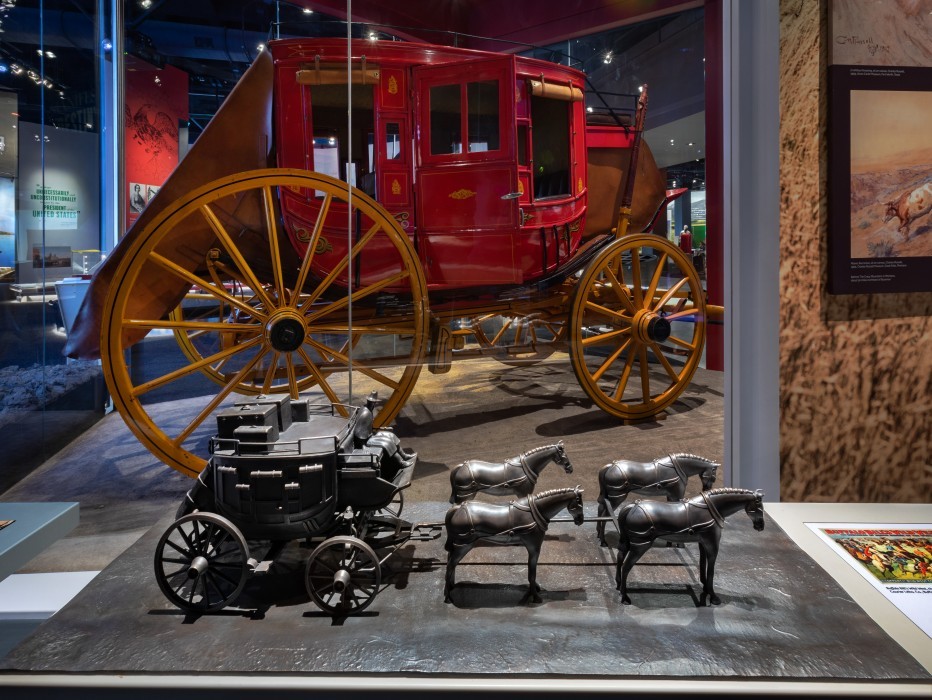 Riding in a Stagecoach

Although stagecoach travel was one of the fastest means of getting from one place to another in the mid-19th century, it was not an easy or a comfortable trip. It was also expensive – in the 1870s, the fare from St. Louis to Sacramento was $200, about 3 1/2 month’s wages for a skilled laborer. By the time they reached their destination, passengers were often hot or cold, exhausted from lack of sleep, and possibly even ill from the bad food that was served at the lonely stage stops.

In 1877, the Omaha Herald offered some sage advice in an article entitled “Hints for Plains Travelers”: “The best seat inside a stage coach is the one next to the driver … If a team runs away, sit still and take your chances; if you jump, 9 times out of 10 you will be hurt … Don’t smoke a strong pipe inside especially early in the morning, spit on the leeward side of the coach …

“Don’t swear, nor lop over on your neighbor when sleeping ... Never attempt to fire a gun or pistol while on the road; it may frighten the team … Don’t discuss politics … Don’t grease your hair before starting or dust will stick there in sufficient quantities to make a respectable “tater” patch … ”

The stagecoach you see in this exhibit has the classic lines of a “Concord coach.” Company markings that once existed on the doors of this coach told its story. It may have been manufactured by the Abbot-Downing Company of Concord, New Hampshire, or by the Eaton & Gilbert firm of Troy, New York.

It began its career in Montana with Wells, Fargo & Company until 1869 when it was purchased by Gilmer and Salisbury of Salt Lake City. After the completion of the Northern Pacific Railroad in 1883, the company was unable to continue and was sold.

In 1921, as automobiles and buses began to take tourists through Yellowstone, the company donated one of their stagecoaches to the park. In 1968, that coach was transferred to St. Louis, restored, and put on display in the museum in 1976.