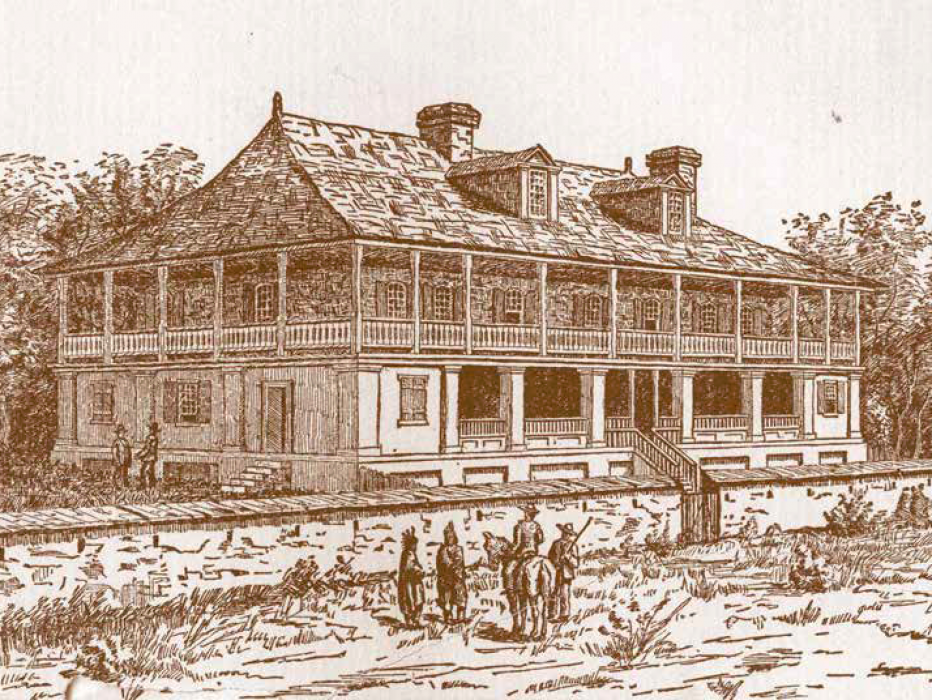 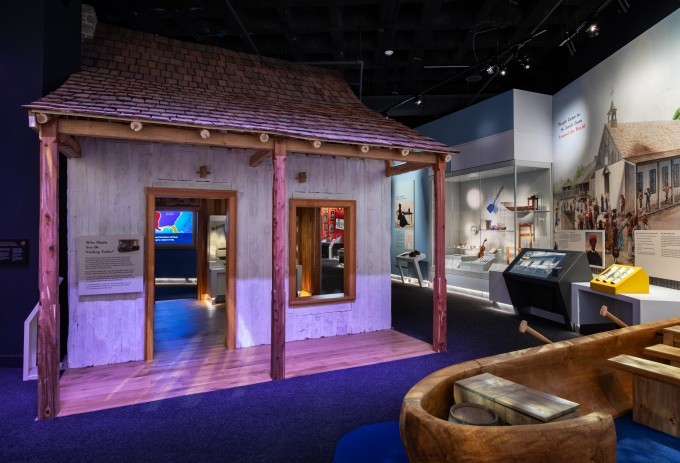 Early St. Louis houses had their own style

Building styles from north and south merged in the upper Louisiana Territory. The popular local house types took elements from French Canadian farmhouses and added wide Caribbean porches to them. The result was a distinctive double-pitched roof.

Early St. Louis had very few public buildings. Aside from the church and some warehouses, the town was composed of private residences built of vertical logs, like this house. The style was called poteaux-en-terre, French for “posts-in-ground.”  A few houses in the village were poteaux sur sole, or “posts on a sill,” which were made of vertical logs resting on a foundation of stonework. A third type of house, built especially by the wealthier citizens, was made of limestone masonry.

The house types in St. Louis and the region surrounding it were very different than what  a traveler would have seen in an Osage village, Santa Fe, Kentucky or Virginia during the late 1700s. In the United States to the east, many people built their own houses. Some made simple log cabins of horizontally-placed, notched logs, a style made popular by Swedish settlers.  Others built timber-framed houses, with vertical posts connected by pegged horizontal beams. 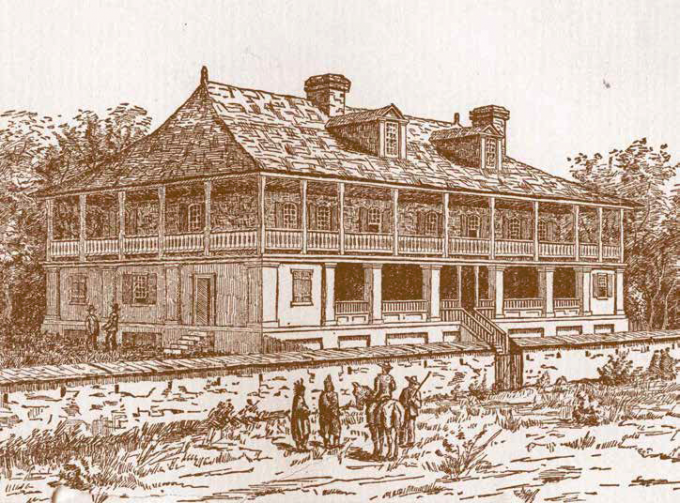 Is this house big or small?

In Colonial St. Louis this would have been a small house at just 15 by 15 feet, yet it still shows all the unique building techniques used in area structures.

By community agreement, each yard  was enclosed by a 6 foot tall fence commonly made of mulberry wood.

The largest houses belonged to rich fur traders. Traders and merchants often set aside part of their houses as places of business. By 1789, Auguste Chouteau built the largest house in town, nearly four times wider than this house, and over six times as long.

This house was no “do-it-yourself” project. From the 1760s on, most St. Louisans hired carpenters and stonemasons to build their homes. Many craftsmen received furs and hides in payment for their work. Some built houses on speculation and then sold them to new arrivals in the village.