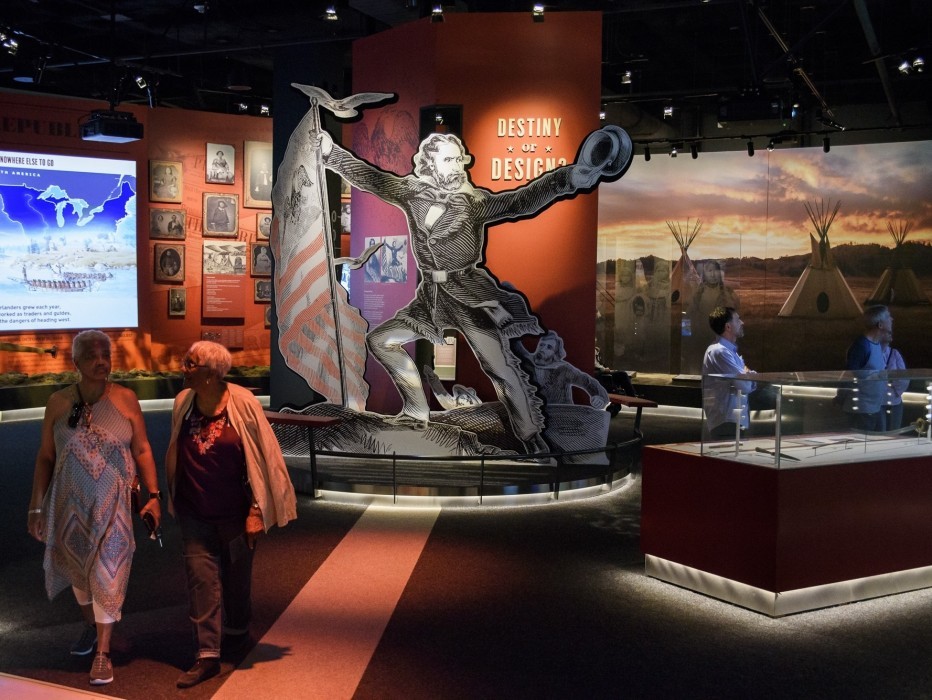 New opportunities, resources, wealth, free land, and religious freedom drew people westward. As they advanced to the Pacific Coast, they crossed land where American Indians, Hispanics and other cultural groups had lived for centuries. When cultures clashed, Manifest Destiny was used to justify American actions. Manifest Destiny was a term given to a belief common in the U.S. during the mid-1800s in which Americans believed that democracy and their cultural values should be spread from coast to coast.

Romanticized figures like explorer John C. Frémont, known as the “Pathfinder to the West”, seen in this larger-than-life tableau, captivated Americans of the time. In 1842, when Frémont planted his flag high in the Rockies, Americans viewed it as their claim to the continent. His act became an icon for a growing nation and inspired many to go west. 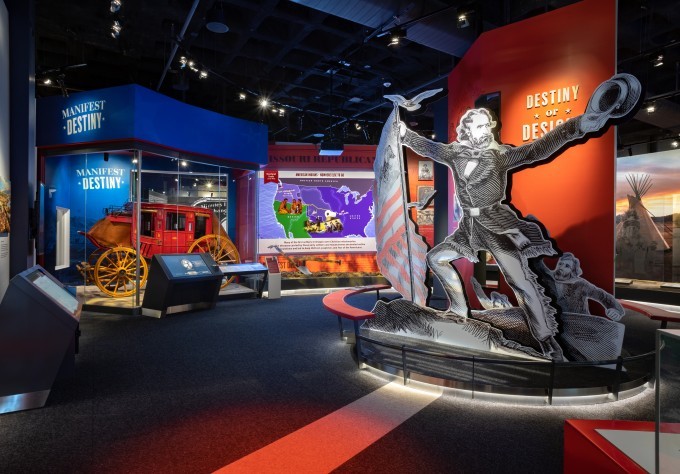 Next Feature:
Conflict on the Trail