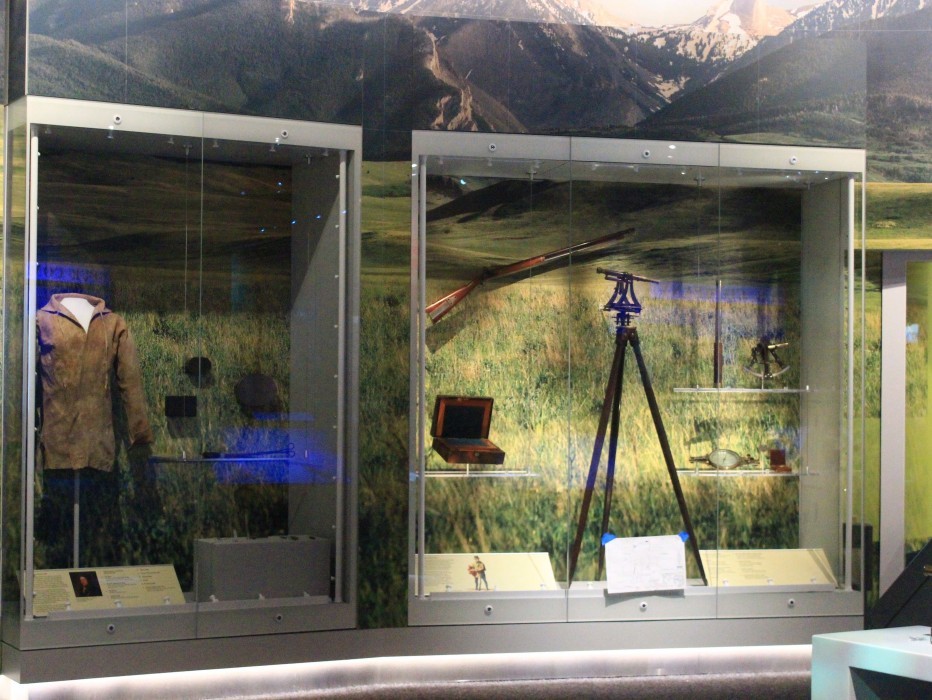 Western explorers needed many tools and instruments to chart their progress and make accurate maps.  Meriwether Lewis received three weeks of instruction in the use of navigational instruments before the expedition began. Lewis and Clark spent at least an hour each day determining their geographical location by measuring latitude and longitude.  Establishing longitude required the use of a chronometer, an extremely accurate time piece.  Chronometers were very expensive; Lewis purchased one for the expedition for $250.75.  Another instrument used by the explorers was a brass sextant “of 10 inches radius.” Sighting sun and horizon simultaneously through a reflecting sextant while using a chronometer, and then consulting a book of tables, gave them their longitudinal position. 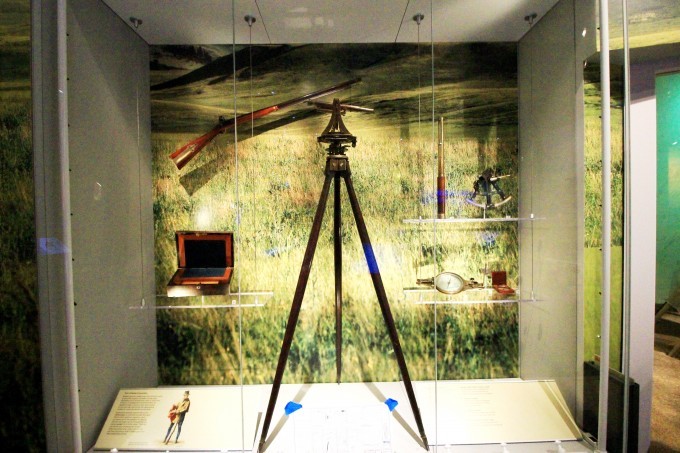 A transit party consisting of at least four men was responsible for the operation of a theodolite. The head of the party was the note keeper that directed the field operations of the rest of the team, checked readings and recorded all measurements. A transit man operated the theodolite, one or more chain men measured the distances, and an ax man removed obstructions to the chain and to the transit’s line of sight.

A tool such as the surveyor’s transit or theodolite could be used to determine bearings and for precise mapping by triangulation. Triangulation used known angles and distances to determine unknowns. To do this, a known distance was measured out as a base line. From the ends of the base, line angles were shot to a third point. Then, using trigonometry, the remaining sides of the triangle could be determined.

Imagine lugging an intricate and expensive instrument like this one around on an expedition - Meriwether Lewis did. 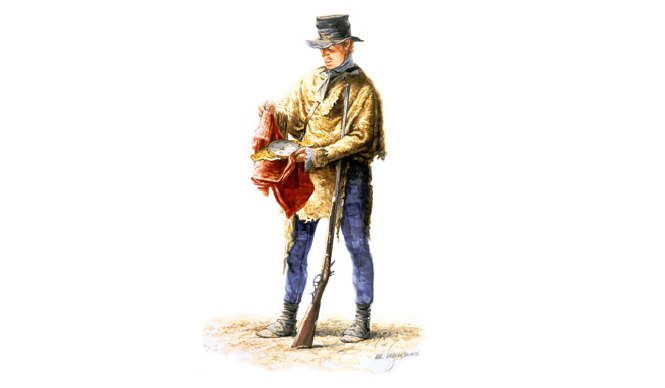