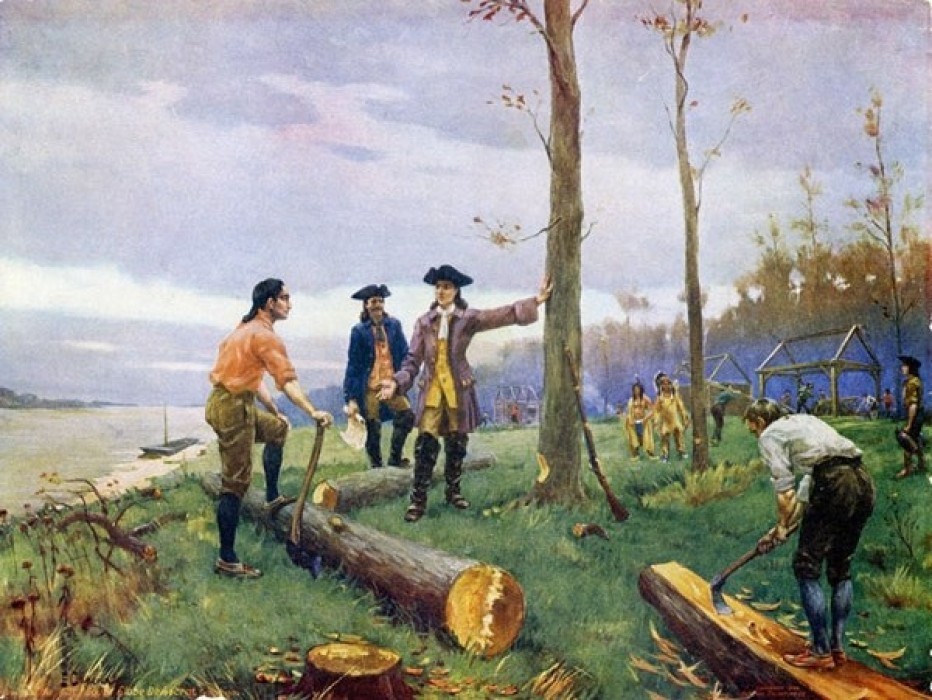 Ambitious French Merchants from New Orleans Muscled up the Mississippi

From August to November the group traveled to Fort de Chartres, about 70 miles south of the confluence of the Mississippi and Missouri rivers. Using the fort as a base, they explored northward. They looked for high ground to protect their goods from floods, as well as access to wood and water. They selected a site atop limestone bluffs along the Mississippi, about 18 miles south of the confluence.

After wintering at Fort de Chartres, Chouteau returned with 30 settlers. They stepped off the boat near where you are standing and began to build the trading post, which later became a village, then a city. They named it for King Louis IX of France, the crusader saint. 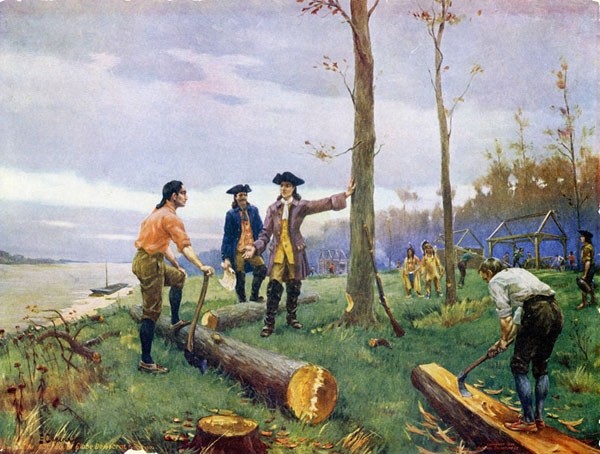