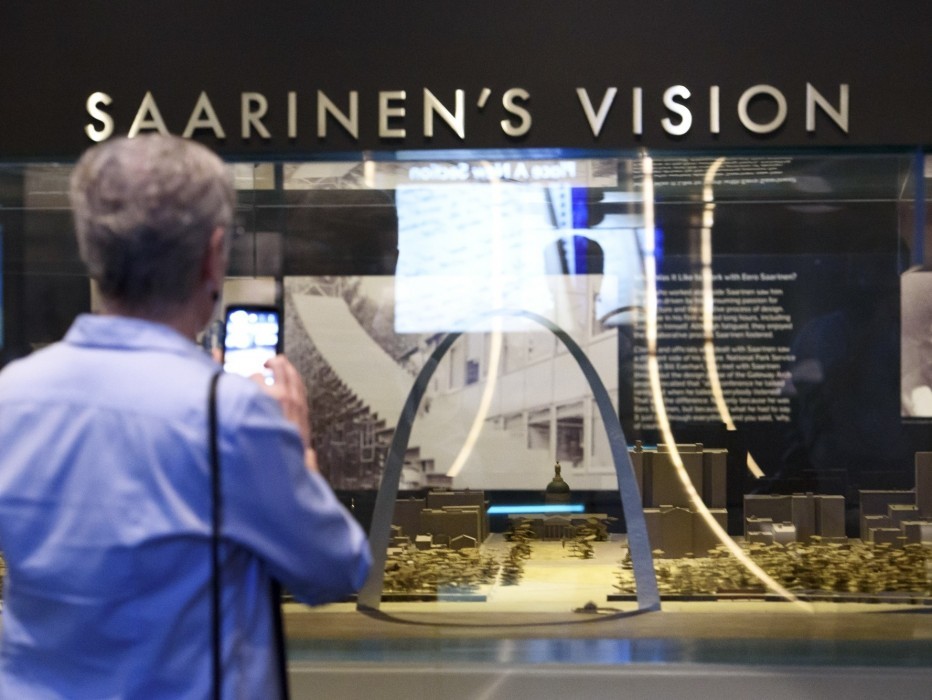 Architectural Model of the Arch and Grounds, 1948

After winning the competition for Jefferson National Expansion Memorial, the Saarinen firm had this model made to better explain the various concepts of the design to city officials and the public. The model was displayed for many years in the rotunda of the Old Courthouse. If you look closely you will see many differences between the original design and what was actually built over a decade later.

Eero Saarinen and landscape architect Dan Kiley redesigned the project beginning in 1957, eliminating surface buildings and other original features such as the sculpture gardens, and devising an entirely new system of walkways, tree plantings and reflecting ponds. 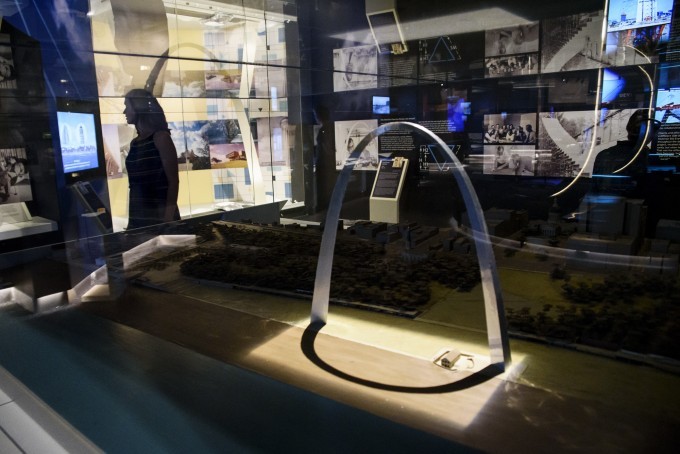