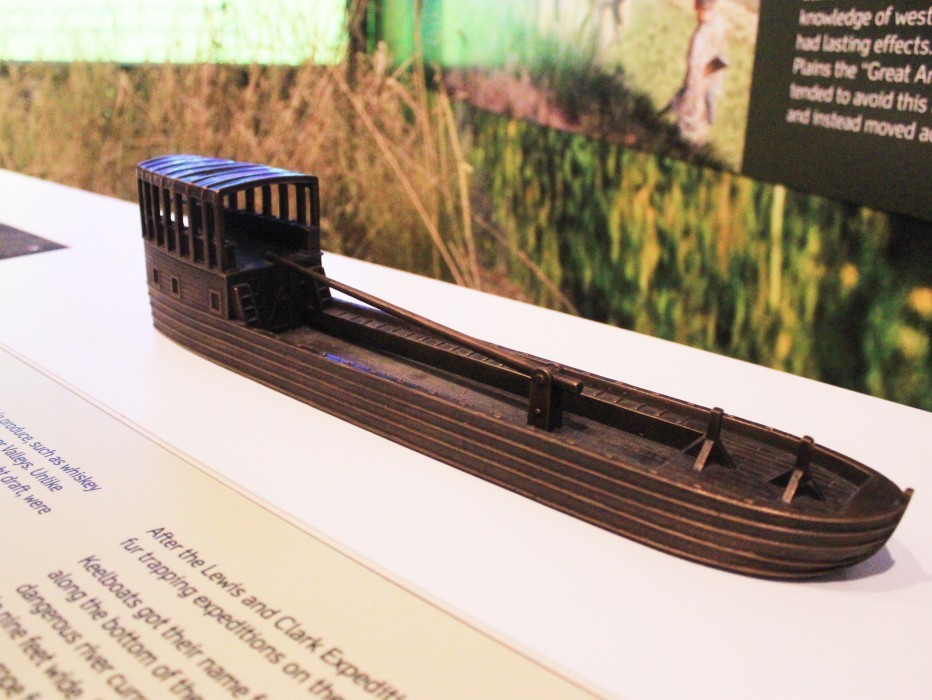 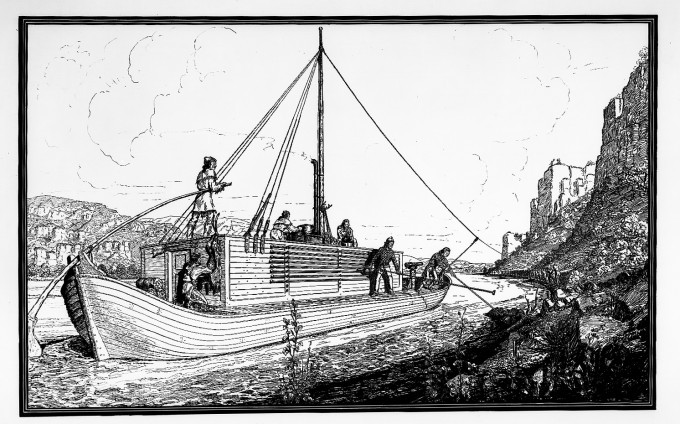 Ingenuity of the Keelboat

Keelboats got their name from the keel, a four-inch square timber that extended along the bottom of the vessel from bow to stern. The keel stabilized a heavy boat in dangerous river currents. Most keelboats were from 45 to 75 feet long and seven to nine feet wide. Boatmen could power them by poling, rowing, sailing, or hauling them by rope from the shore, known as cordelling.

Keelboats were the boat of choice to carry valuable produce, such as whiskey and pelts, to market in the early Ohio and Mississippi River Valleys. Unlike boats previously used on the western waters, keelboats had a light draft, were maneuverable, and could carry between 20 and 40 tons of freight. The keelboat used on the Lewis and Clark Expedition was custom made to Meriwether Lewis’ specifications by a boat builder in the Pittsburgh area during the late summer of 1803. The 55-foot long boat was shaped more like what was then called a barge, but had a keel added for stability. After the Lewis and Clark Expedition, keelboats were used by American fur trapping expeditions on the Missouri River.