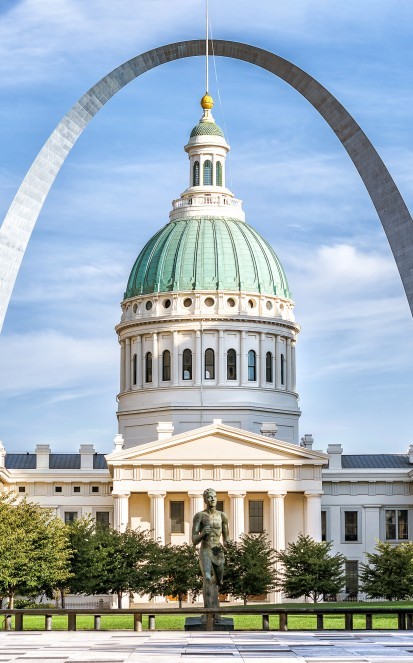 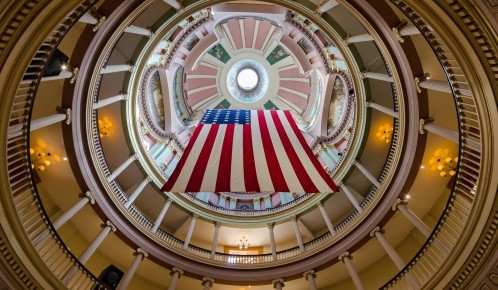 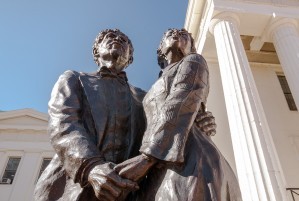 The Old Courthouse in Downtown St. Louis, part of Gateway Arch National Park, was built between 1839 and 1862. Some of the most pivotal court cases in American history were heard inside its courtrooms. It is where Dred and Harriet Scott sued for freedom, Virginia Minor fought for her right as a woman to vote, and more than 300 enslaved African-Americans filed suit for their freedom.

Read more about the historic renovations to the Old Courthouse.

This will be only the second significant renovation to the Old Courthouse since it was built. The renovations include the installation of an elevator for greater accessibility inside the building, in conjunction with new accessible ramps that were previously installed at both entrances to the outside of the building during phase one of the CityArchRiver renovations. Structural updates, which will help revitalize and maintain the building’s integrity, include a new heating, ventilation, and air conditioning system; renovated ceilings and flooring; a new fire suppression system; and general restoration and improvements.

The renovations include a complete reimagining of the exhibits inside the building. New and updated exhibit galleries are designed by Haley Sharpe Design in conjunction with Gateway Arch National Park staff. Exhibits will include:

Focuses on the Scott family’s fight for freedom, which began in the Old Courthouse, and how the legal and political environment at the time culminated in the infamous U.S. Supreme Court Decision which ultimately led to the Civil War The exhibit gallery also reflects on the legacy and relevancy of their case today. 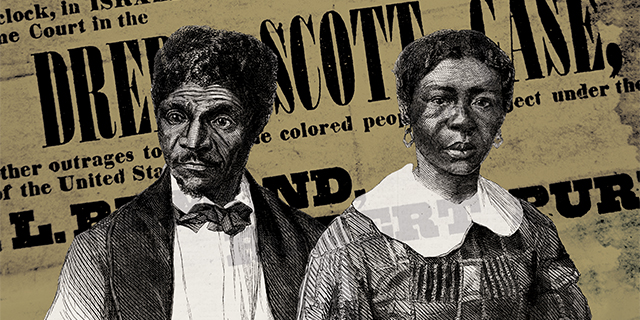 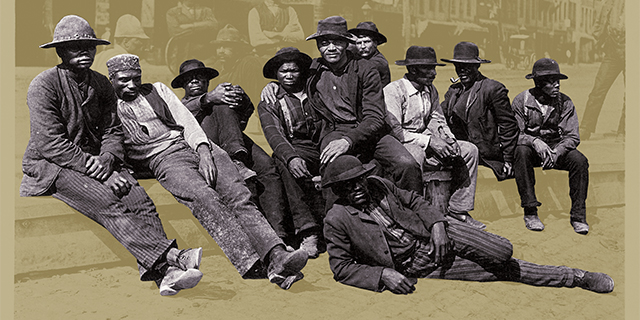 Highlights the architectural features of the Old Courthouse and the spirit of innovation of architects, designers, builders, and craftsmen. 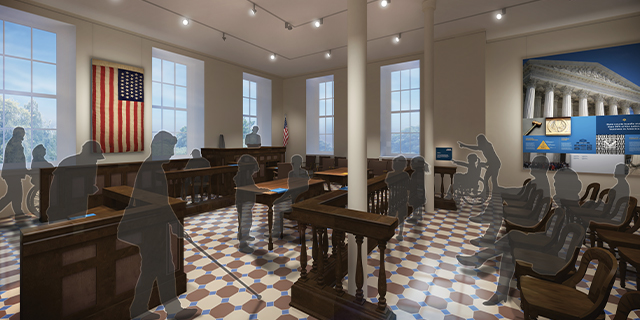 Southwest Gallery: See You in Court

Focuses on the importance of courts in our society, our legal structure, and the daily activities in the courthouse from 1839 to 1930. Visitors will be able to experience an 1850s courtroom and re-enact mock trials that will further their understanding of how our court system allows us to settle disputes peacefully and provide a framework for how our society functions. 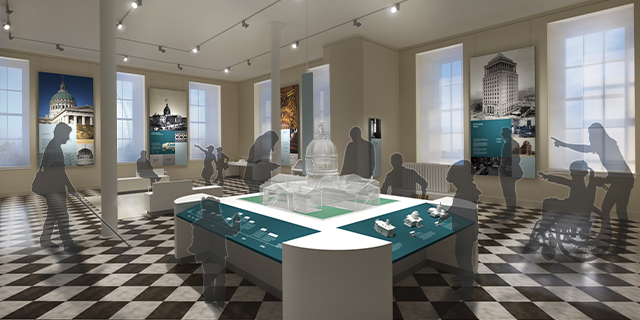 Private funding for the project is provided through Gateway Arch Park Foundation by generous donors to the CityArchRiver capital campaign that concluded in 2015.

Although the Old Courthouse is currently closed due to the global pandemic, construction will begin in late 2021 and last approximately two years. National Park Service programming traditionally held in the Old Courthouse, including mock trials and naturalization ceremonies, will temporarily move to the Gateway Arch when possible.