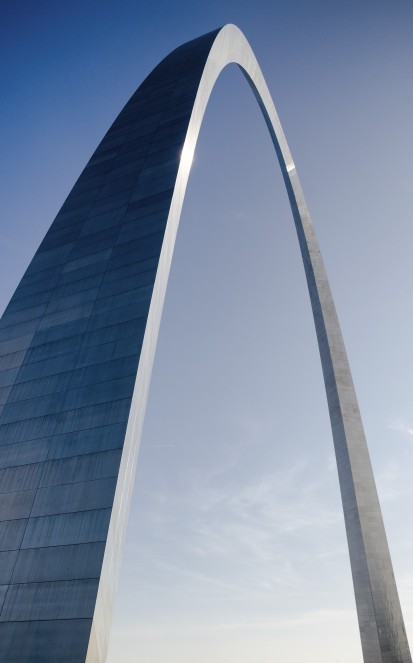 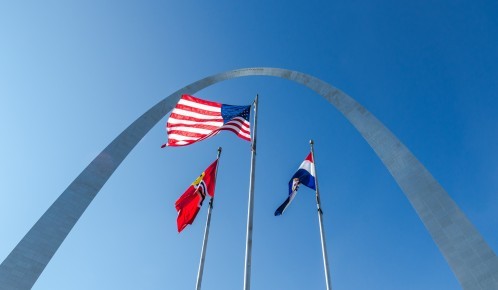 Truly a modern marvel, the Gateway Arch, formerly known as the Jefferson National Expansion Memorial, is one of the world's greatest architectural icons. It captures our regional and national aspirations for dreams and discovery. As a national monument, the Gateway Arch reflects St. Louis' role in the Westward Expansion of the United States during the nineteenth century, Thomas Jefferson's role in opening the West, the pioneers who helped shape its history, and Dred Scott, who sued for his freedom in the Old Courthouse.

Fifty years after its completion, the Arch stands as one of the most visited attractions in the world and continues to be a destination for tourists around the globe who wish to experience the brilliance of its design and engineering. Designed by famed modernist architect Eero Saarinen, the Arch astonishes viewers with its boldness and beauty. The grounds immediately surrounding it, designed by Dan Kiley, are regarded as a masterpiece of modern landscaping.

Go to www.GatewayArch.com for tram tickets.