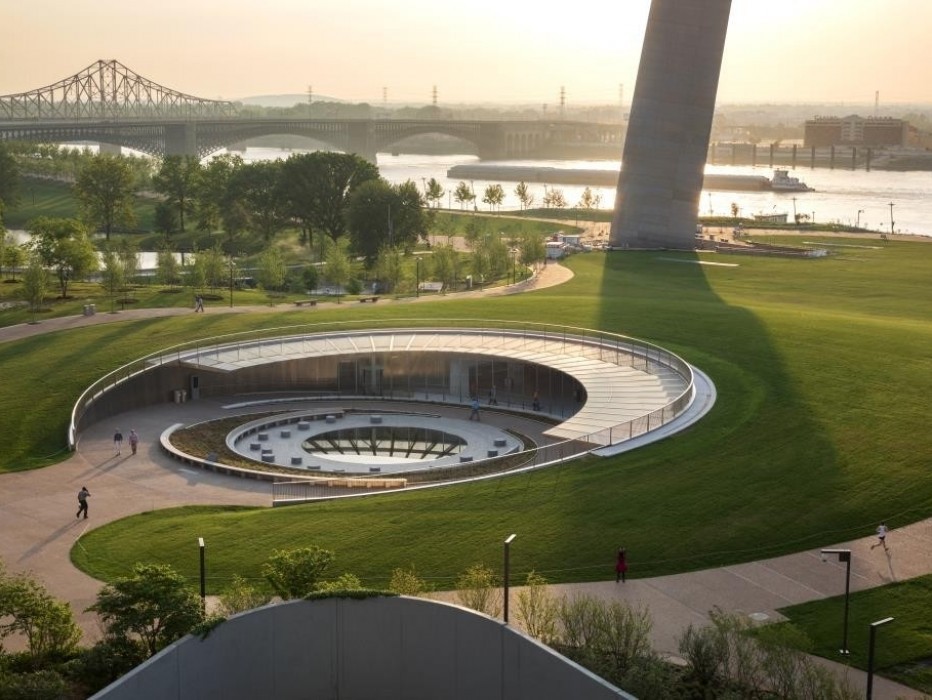 The Gateway Arch Park Foundation is the nonprofit conservancy partner that supports the Gateway Arch National Park and the surrounding public spaces in downtown St. Louis, from Kiener Plaza to the riverfront.

Our promise to the people of St. Louis City and County and the National Park Service is to maintain and energize these public spaces so they are welcoming and enjoyable for everyone – locals and tourists alike. We’ve undertaken a monumental project that changed the landscape of downtown St. Louis. The renovation work is complete, but the job is not over. Our sights are set on the future to ensure Gateway Arch National Park is a treasure our city will always be proud of.

In 2009, the Gateway Arch National Park operated as an island. Surrounded on all sides by highways, a parking garage, and the river, the pristine park beneath the towering Gateway Arch was a challenge to get to for visitors. From the Old Courthouse, visitors faced three lanes of busy traffic, a bridge over a noisy highway trench, and finally three more lanes of Memorial Dr. Without easy access, the monument was separated from the city it represents.

The barrier was unintended. Gateway Arch architect Eero Saarinen’s 1947 design called for the park to extend over the interstate highway, but funds and the passing of time limited this vision.

The CityArchRiver Foundation brought together civic leaders, local organizations, and federal agencies to re-imagine the Arch grounds and create a new design for the future. Inspired by the original 1947 design contest that brought us Saarinen’s Arch, a second design competition called for submissions to enhance, transform, and connect the modern landscape. In 2010, Michael Van Valkenburgh Associates (MVVA) won the competition with their innovative plan that included a park over Interstate 44, a new park by the Eads Bridge, and a dramatic new entrance to the museum - visible from downtown and accessible to all.

To make the vision a reality, the National Park Service, Great Rivers Greenway, the City of St. Louis, Bi-State Development, the Jefferson National Parks Association, and the Gateway Arch Park Foundation formed the CityArchRiver Alliance to fund the $380 million project – the largest ever public-private partnership in National Park Service history. 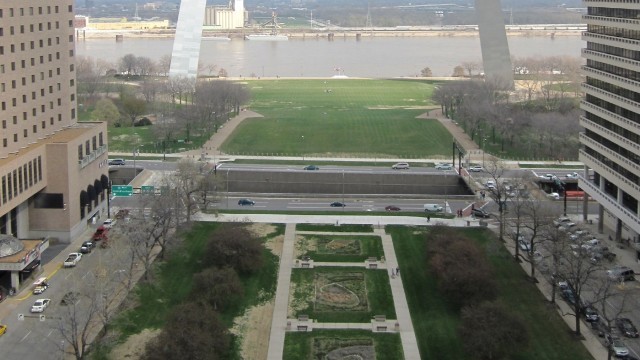 The Gateway Arch Park Foundation assembled a Technical Advisory Group to guide the plan’s implementation through layers of government. The Universal Design Group, an accessibility advisory committee, was formed to push the project beyond ADA standards, and the Citizen Advisory Committee, representing the diversity of the St. Louis region, served as the focus group on design decisions.

Construction kicked off in 2014, and today – 10 years after the Gateway Arch Park Foundation was formed – the Gateway Arch National Park is seamlessly woven into St. Louis’ urban fabric and cultural life.

Today, Leonor K. Sullivan Blvd. is raised above its old flood stage, and the riverfront is a destination for vendors and events. The free Blues at the Arch concert series fills the North Gateway of the park by the Eads Bridge on Fridays in August. Kiener Plaza features a playground and splash pad for families to enjoy all year long, free Sunrise Yoga, and an ice rink in the winter. Fair Saint Louis proudly returns to Gateway Arch National Park in July.

Most significant, the park now extends over the highway as originally intended, providing unbroken access to and from the city. The new entrance to the Museum at the Gateway Arch is inviting and stunning. Museum exhibits tell St. Louis’ history from a colonial fur trading post to a bustling port at the heart of America’s great waterways and then the building of the Arch, the tallest man-made monument in the United States.

It’s time to rediscover the Gateway Arch. Around the park, 5.5 miles of new paths create great recreation trails – including a historical trail marking the significant events that happened within the park. In the museum, rediscover the history of St. Louis. Take a tram ride to the top and gaze 30-miles out to see the Gateway Arch’s connection to the entire region.

For Today. For Tomorrow. For Good.