All About the Keystone Exhibit 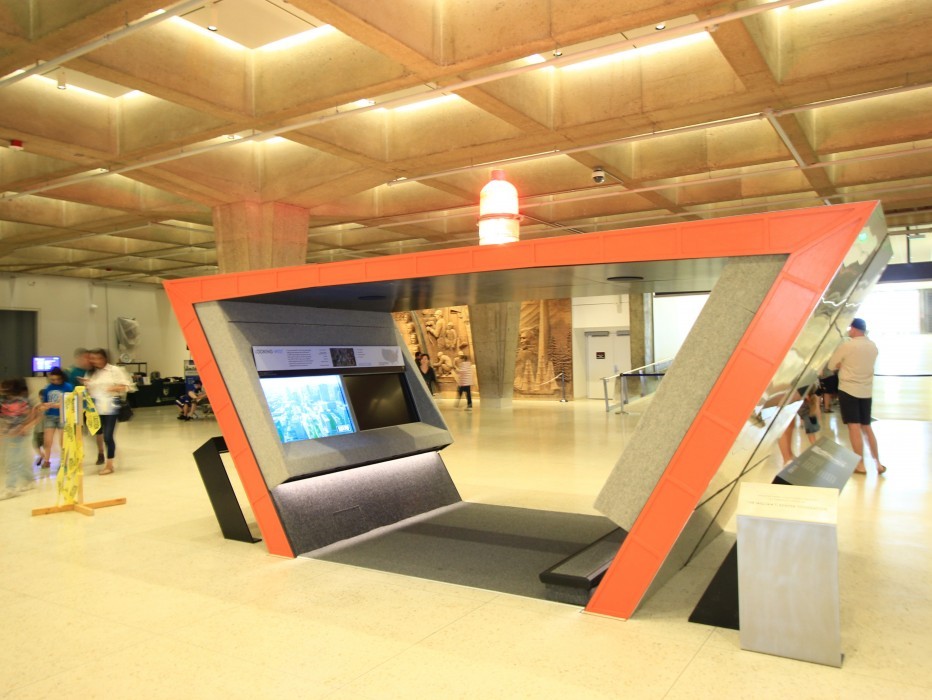 Each and every element of the new Museum at the Gateway Arch and Arch Visitor Center – from the entrance plaza and ramps inside, to the giant terrazzo floor map of North America, to the six exhibit galleries, and hubs that each detail specific milestones in St. Louis history – has been meticulously planned and purposely included so they can be used and enjoyed by everyone.

The museum is of universal design, meaning it can be accessed and understood by people of all ages and abilities. Tactile models of exhibits and artifacts have been installed so people who are blind can touch and learn, tables can accommodate wheelchairs, and multimedia interactives allow children to further discover the history of St. Louis and its paramount role in the westward expansion of the United States. In the tram lobby, a full-scale replica keystone (the final piece of the Gateway Arch) gives those who are unable to take the Tram Ride to the Top the ability to experience the Arch from 630 feet in the sky.

The keystone embodies the observation deck to a T. The interior has the same carpet-type material that graces the interior of the observation deck, and it also features original windows. In addition, the blinking aircraft warning light on top of the exhibit is the original light that was placed on top of the Arch at its completion in 1965, remaining there until 2013.The light was designed by African-American Engineer Silas Garrett who petitioned to install a light on the top of the Gateway Arch.

Bring Home the Magic of the Arch